Outlines on optimal specimen collection, transport, and processing details are listed in the Mycology Specimen Guidelines.

When specimens are obtained for microbiologic study, it is critical to consider all possible etiologic agents in the differential diagnosis and to submit specimens appropriately.

The incidence of fungal infections continues to increase for reasons such as the growing population of individuals living with some type of immune compromise. Fungi infections do not respond to antibacterial agents, which are the antimicrobials often selected for patients when the cause of the infection is unknown (i.e. initial empiric therapy).

Clinicians should seek to obtain the highest quality specimen possible to decrease the presence of contaminants and human microbiota that are not the cause of disease, which could cause misleading test results that ultimately would affect their patient’s care. To allow for optimal recovery of pathogens, please note any special requests or travel history at the time of order entry (e.g., rule out Malassezia, Histoplasma, Zygomycosis, etc.).

Critical Differences Between Yeasts and Molds

Fungi exist predominantly as either yeast or molds, with important differences in respect to specimen collection.

Yeasts are naturally adapted to a liquid environment and largely exist as unicellular organisms. Exudates from mucous membranes and similarly predominantly liquid specimens, such as blood cultures, often yield yeasts if they are the infecting agent.

Molds are adapted to growing on predominantly solid substrates (e.g. bread molds). When molds cause infections, the infecting hyphae are integrated with and penetrate through human tissues.

When swabs from lesions caused by molds are cultured, the cultures are often falsely negative because the deeply embedded hyphae are not freed from the human tissue.  The submission of infected tissues is critically important for the detection of an infecting fungus by culture.

The clinician should convey a clinical suspicion of zygomycosis (i.e. mucormycosis) to the laboratory to help assure the optimal recovery of these pathogens. 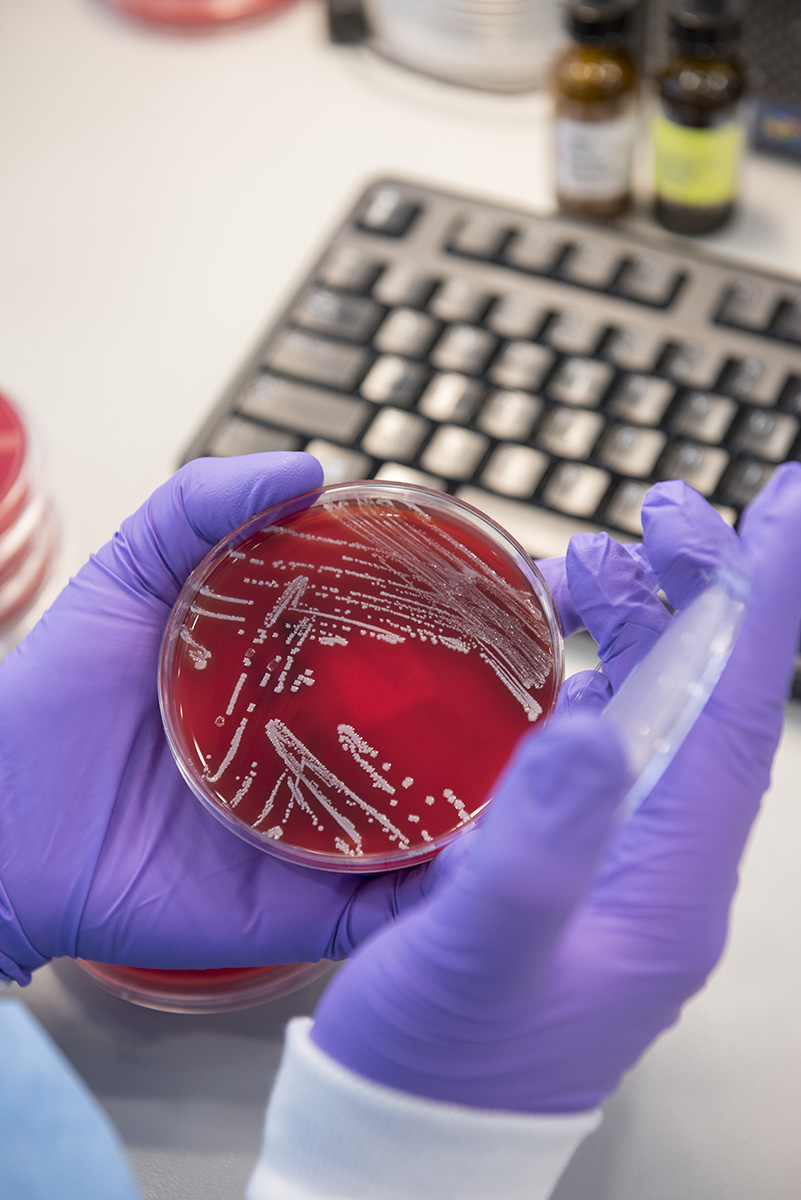 Both the direct examination and culture are important for the detection and diagnosis of fungal infections.

The direct examination is performed using a combination of potassium hydroxide (KOH) and calcofluor white, a fluorescening agent, for the microscopic visualization of fungi.

Direct examinations are quicker than culture, and often provide information regarding the type of fungus present. Technologists will differentiate budding yeast, pseudohyphae, septate hyphae, mucoraceous hyphae, and special fungal forms, such as the spherule of Coccidioides. The presence of a fungus in a direct examination provides additional evidence of a fungal infection, which is particularly useful when only rare fungal colonies are recovered in culture.

The culture discloses the identity of the fungus. Morphologic and biophysical studies are used to identify yeasts and molds that grow in culture.

An appropriate designation of the specimen type and anatomic location from which it was derived is important for the selection of media used in culture set up. Insufficient or inaccurate information could result in a suboptimal selection of media, which could reduce the recovery of pathogenic fungi in culture. The cultured isolate may be submitted for susceptibility studies if deemed medically necessary.

Blood is the specimen of choice for detecting blood stream associated infections due to Candida species and several other less commonly encountered yeast and yeast-like organisms (e.g., Trichosporon species). These types of yeasts and yeast-like organisms will be detected in standard blood cultures (i.e. ordering a separate Fungal Blood Culture is not necessary).

Standard blood cultures should be submitted as described in the Bacteriology Cultures section. 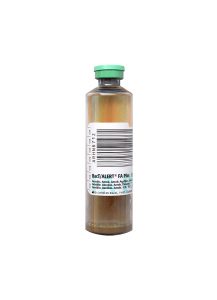 The vast majority of filamentous fungi or molds will not be detected in blood cultures, even if these are causing deep-seated fungal infections.

An exception to this is Fusarium, which, when associated with disseminated disease, may produce positive blood cultures. Fusariosis with bloodstream involvement is characteristically seen in patients with profound neutropenia (e.g., acute leukemia) and skin lesions. When filamentous fungi are considered in the differential diagnosis, then excised tissue is the preferred specimen.

Other tests worth consideration when filamentous fungi are suspected include serial galactomannan assessments, if an Aspergillus species is suspected, or serial Î²-glucan assessments, for a broader detection of more fungal species.

Malassezia species are skin commensals, but may also cause several diseases. One of the diseases is fungemia that is usually associated with a lipid-containing hyperalimentation infusion.  Many of these organisms require long-chain fatty acids to grow in cultures.

Whenever Malassezia is considered as a possible pathogen, please notify the laboratory so that supplements may be added to the media to facilitate the recovery of this organism.

Histoplasma capsulatum is a dimorphic fungus that is endemic to our area, which deserves special mention. It does not grow well in standard blood cultures, even though it grows as a yeast within humans during infection.

Serologic studies may also be helpful, depending on the immunologic status of the patient.

Urinary tract infections that are caused by fungi (usually yeasts) are uncommon, and should only be considered in symptomatic patients after bacterial causes of cystitis have been excluded. Once these criteria have been met, urine, when submitted as described in the Mycology Specimen Guidelines, can be held for extended incubation to detect yeasts, which grow slower than the bacteria commonly associated with cystitis.

Infection of the kidneys may occur in patients with disseminated fungal infections. In some cases, the etiologic agent is isolated from the urine.  However, when this occurs, the diagnosis has usually already been established from other specimen sources.

Urine is the specimen of choice when submitting Histoplasma antigen detection testing in patients suspected of having disseminated histoplasmosis. 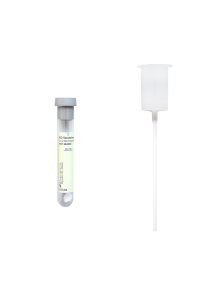 Many fungal infections are acquired by a respiratory route since the conidia (spores) of molds are airborne and readily inhaled. Conidia are inhaled daily as filamentous fungi are all around us. These occasional inhaled conidia usually do not cause problems in immunocompetent people, as the conidia are processed and killed by the innate defenses of the body. However, in immunocompromised hosts, infection and invasive disease can become established. An understanding of the immunocompromised host’s state is important for specimen selection and results interpretation.

Although sputum is a more-readily obtained specimen, rare, transient conidia entrapped in respiratory mucus may grow in culture and not reflect true disease. When saprophytic fungi grow in sputum specimens, the significance of these must be interpreted in the clinical context, keeping in mind any conjunction with the physical signs/symptoms, radiologic findings, and histopathologic studies.

There are certain fungi that are always considered pathogenic when recovered in respiratory cultures. In North America, these include the endemic dimorphic fungi Histoplasma, Coccidioides, and Blastomyces.

Bronchoalveolar lavage (BAL) and similar specimens (e.g. bronchial wash) tend to have a better positive predictive value compared with sputum specimens. This is because, during bronchoscopy, the pulmonologist bypasses the majority of the upper respiratory tract and directly samples distant lobules of the lung to which they are usually directed based on radiologic findings.  Although BAL specimens are superior to sputum specimens, the presence of rare saprophytic fungi in BAL and similar specimens should also be interpreted in the clinical context.

We recommend that direct examination for fungal elements (i.e. KOH/Calcofluor white preparation) as well as a fungal culture be performed on deep respiratory tract specimens from patients suspected of having a pulmonary fungal infection; it should not be routinely ordered on patients suspected of having bacterial pneumonia. When performed, culture will include the use of antibiotic-containing and cycloheximide-containing media, as well as media without these additives, to fully assess these specimens and avoid overgrowth of contaminants and oropharyngeal microbiota.

Cerebrospinal fluid should be submitted for patients suspected of having cryptococcal meningitis. This disease occurs most commonly in patients with an immunocompromising condition.

When cryptococcal meningitis is suspected, then both the cryptococcal antigen test (CAD) and fungal culture (FUNCSF) should be ordered.

A fungal culture may also be ordered in the workup of patients with basilar meningitis, although yield in these situations is low.

An appropriate designation of the location of an aspirate is important for both culture set up and results interpretation.

For example, sinonasal aspirates and drainages from surgical sites are likely to harbor commensal and/or colonizing bacterial and fungal microbiota; anatomic site information allows the specimen processor to use fungal media that contains antibiotics, which will suppress the bacterial microbiota and afford a better chance of recovering any pathogenic fungi that may be present.

Both the direct examination and fungal culture are recommended for the assessment of aspirates and drainages. Results from drainage cultures should be interpreted with caution, as many drainage locations can be colonized with yeast microbiota, which may be mistaken for true pathogens. Clinical, histopathologic, and direct examination correlations are important to achieve the correct diagnosis in these settings.

Vaginal drainage, or exudate, is a common specimen submitted for the laboratory confirmation of vulvovaginal candidiasis.

The direct examination alone is usually sufficient without culture to secure the diagnosis, which is also usually apparent clinically.

Culture is not recommended for the routine assessment, since Candida species are part of the normal vaginal microbiota, and positive cultures will occur in women without vulvovaginitis. Cultures can be performed, if needed, and are best reserved for patients with refractory disease, wherein the isolation of the yeast is important for antifungal susceptibility testing.

The direct examination of hair, skin, and nail specimens often provides confirmatory information regarding a fungal infection (e.g., hyphae with arthroconidia). It is important for the ordering provider to designate the specimen as hair, skin, or nails, as these are inoculated onto special media that contains materials that inhibit the growth of saprophytic fungi and promotes the recovery of dermatophytes.

Cultures will disclose the type of dermatophyte present (Trichophyton, Microsporum, or Epidermophyton), which often provides epidemiologic information about the potential source of infection (i.e. zoophilic, geophilic, or anthropophilic). Non-dermatophytic fungi that have been reported to cause disease in these locations will also be reported. 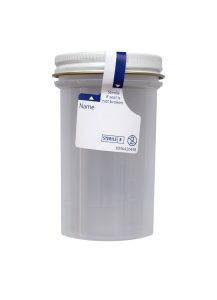 Tissue is the best specimen for the diagnosis of invasive fungal infection, particularly those caused by filamentous and dimorphic fungi. Biopsies and excisional specimens should be obtained using appropriate skin decontamination and a sterile surgical approach, which not only protects the patient from infections associated with the procedures but also reduces the likelihood of contaminants in the specimen.

The excised tissue should be submitted to the laboratory in a sterile container for processing, as described in the Mycology Specimen Guidelines. It is also important to inform the laboratory of any clinical suspicion of zygomycosis/mucormycosis, as special processing techniques are used when this information is available to aid in the recovery of these fungi.

Fungal culture can also be performed on other body fluids, but should only be submitted if a fungal infection is truly suspected (i.e. not part of routine testing or screening).

Fungal infection should be suspected once bacterial causes of infection are excluded unless there is substantial clinical evidence supporting the possibility of a fungal infection.

Both direct examination and culture are recommended for body fluid assessment when a fungal infection is suspected.

Learn more about how to ship specimens to our laboratories.
For assistance 24 hours a day, 7 days a week,